Blood work in Biewer Terriers can be off if they are raw-fed.

Raw diets, also known as “BARF” (biologically appropriate raw food) diets, are a type of feeding plan that involves feeding dogs a diet consisting primarily of raw, whole foods such as raw meat, bones, and vegetables. These diets are based on the idea that dogs are carnivorous animals and that their natural diet would have consisted of raw, prey-based foods in the wild.

While proponents of raw diets argue that they can offer numerous health benefits for dogs, including improved coat condition, better dental health, and increased energy levels, there are also potential risks associated with feeding a raw diet to dogs.

Many veterinarians are hesitant to recommend a raw diet for dogs, often because they do not have a thorough understanding of it.

Canine nutrition is not really taught in vet school and the seminars held by big commercial dog food companies don’t teach the truth.
This leads to concerns when a raw-fed dog’s blood values are not within the expected range, leading to unnecessary and costly follow-up care for the dog and owner. It is important to be aware that blood work in Biewer Terriers that are raw-fed dogs may differ from those of kibble-fed dogs.
Raw feeding can offer numerous benefits for dogs, but it is important to understand the potential differences between the blood work in Biewer Terriers that are raw-fed and kibble-fed Biewers. 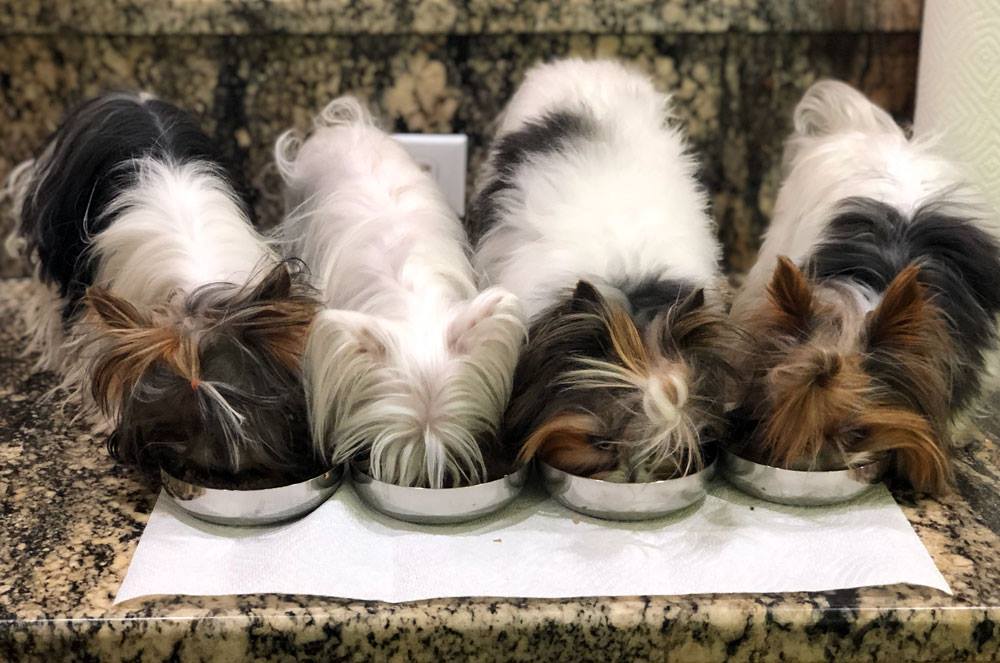 A study by Dr. Jean Dodds compared the blood values of over 200 dogs of various breeds fed a raw diet for at least nine months to those of healthy dogs fed a dry kibble diet. Most values were comparable, but a few differed between the two groups.

It is important to understand these potential differences in blood work in Biewer Terriers and others breeds that are raw-fed, including freeze-dried raw foods & treats or kibble fed.